Manchester United’s new Samba star, Antony, has leapt to the defence of his international team mate Vinicius Junior, after the player was the subject of racist comments. Antony, who has only recently joined United from Ajax following two hugely successful seasons with the Dutch champions, gave a passionate defence of his Brazilian team mates, by tweeting his support. And as the pair of 22 year old wingers prepare for a double header on international duty, United’s new number 21 has also bought into question why his fellow countrymen are subject to this level of unfair treatment. 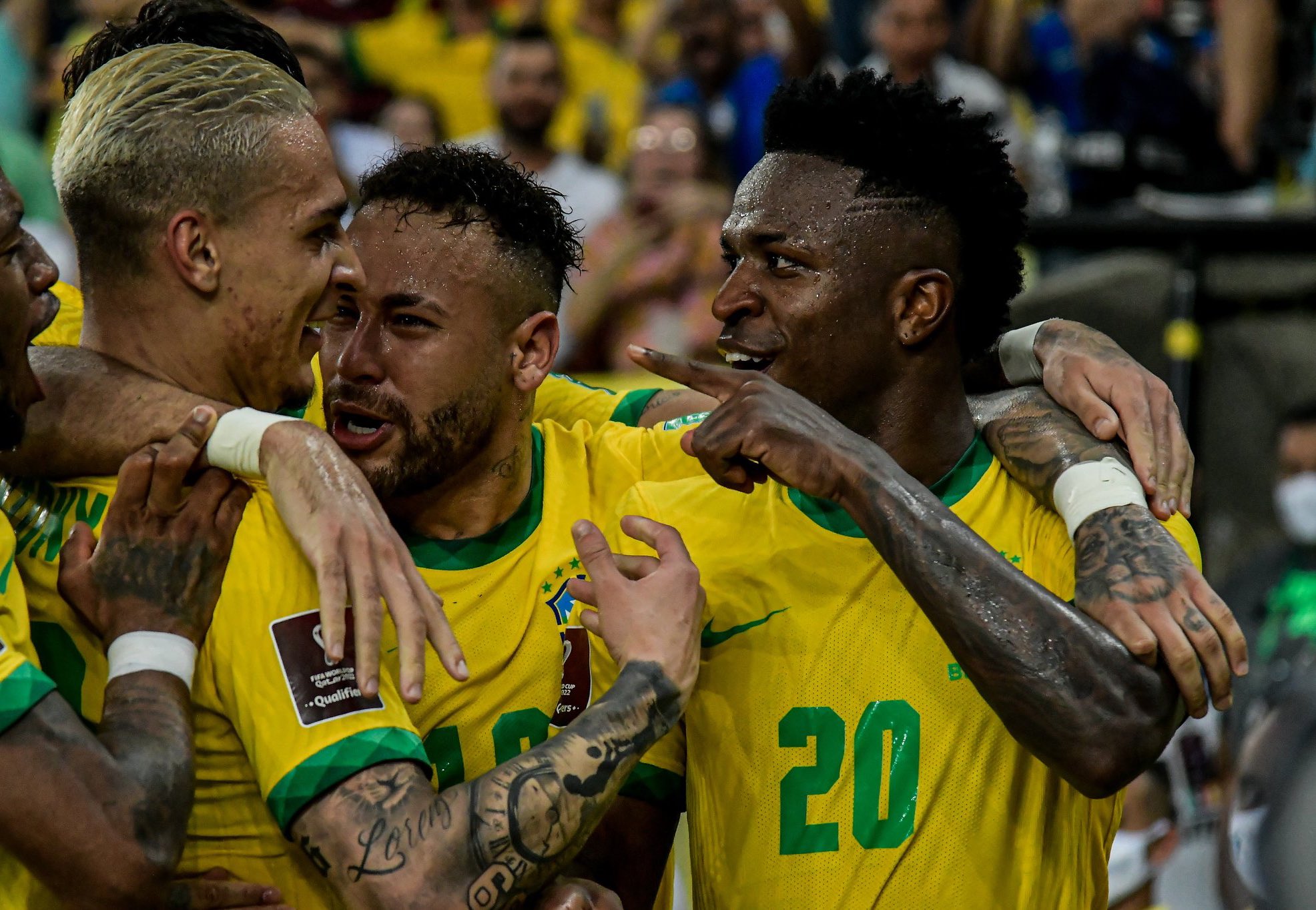 Stating on Twitter that Brazilians receive bookings from referees for their dancing celebrations, but that Europeans do it too, the €95m man is one of a number of players to remark on the unfair treatment some players have faced. Antony is currently on international duty with Brazil as they prepare for their final friendly matches before the World Cup kicks off in Qatar this coming November.

With matches against African nations Ghana and Tunisia, the United forward is in contention to feature heavily. And Antony has backed his countryman, as he questions the remarks on the treatment that Vinicius has been subjected to recently, while playing for his club, Barcelona. He first called out a television pundit who used a racist remark when he celebrated a goal. But unfortunately the abuse didn’t end there, as the Real man found himself on the receiving end of racist songs being sung by Atletico fans during the Madrid derby last Sunday.

And after ugly scenes which saw cups and other objects thrown at los Blancos player, La Liga have issued a statement, condemning the abuse. While Vinicius has received no end of support from his teammates, for both club and country, the young star and his fellow South Americans will doubtless be amazed at the xenophobic comments aimed at him and his fellow Brazilians.